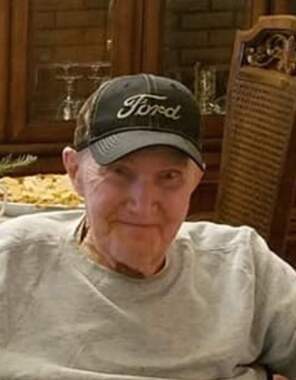 Back to Thaddeus's story

Thaddeus was born at Fort Sam Houston, Texas on March 6, 1927. He was a resident of Daniels, WV for the past twenty five years. He passed away peacefully after a short illness on February 4, 2020. Thaddeus was a veteran of World War II and served in the Army, Navy and Air Force. He also attended West Point. He was a NY State Trooper as well as a career IRS Enforcement Officer as well a small business owner in the Beckley area.
He is survived by his sister Sally Barker from Tampa Florida as well as his wife Thelma Smyth who resides at Meadow Garden , Rainelle, WV. He is also survived by three sons, John and MaryBeth Smyth, Gregory and Cara Smyth as well as Sean and Molly Smyth. Thaddeus is also survived by numerous grand children and great grand children.
A special thanks to each and every special person that helped "Grandpa" That means so much. Thanks to the VA, Hospice as well as the Meadow Garden nursing home.
Funeral services will be held at a later date.
Published on February 7, 2020
To send flowers to the family of Thaddeus Elmer Smyth, please visit Tribute Store.

Send flowers
in memory of Thaddeus

A place to share condolences and memories.
The guestbook expires on May 07, 2020.

Joann Cooper
I am blessed beyond words for being able to know and take care of Ted. He was very special to me and I will miss him dearly.
View all