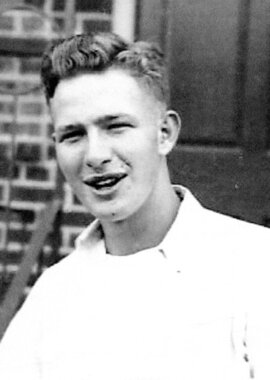 Back to Randolph's story

Randolph Watts "Randy" Rowland, 83, of Beckley, WV, and Bedford, VA, passed away Sunday morning, January 12, 2020 in Beckley.
Randy was born on June 29, 1936 in Baltimore, MD, and after spending his early years in Washington, DC, came to Bedford in the mid-seventies.
He was a sergeant in the U.S. Marine Corps during the Korean War period and a retired supervisor at Golden West/McCormick in Bedford.
Randy was the son of George Randolph Rowland and Ione Watts Rowland.
He was the beloved father of a daughter, Oneida Rowland Eddy (Calvin) of Bedford; two sons, Harry Watts Rowland, who predeceased him, and Randy Watts Rowland II (Jamie) of Bedford; sister, Nancy Watts Rowland Jackson of Bedford; faithful friends, Pat Burdiss, Charlie and Deanna Hall, Delmar and Phyllis Basham of Odd, WV and several nieces and nephews. He was predeceased by a brother, David Watts Rowland. Randy was the grandfather of Tiffany Dawn Eddy, Jordan Rae Rowland, and Donovan James Rowland.
In lieu of flowers the family requests that memorials be made to the American Cancer Society.
Burch-Messier Funeral Home, Bedford, is assisting the family.
Published on January 15, 2020
To send flowers to the family of Randolph Watts 'Randy' Rowland, please visit Tribute Store.

Send flowers
in memory of Randolph

A place to share condolences and memories.
The guestbook expires on April 14, 2020.