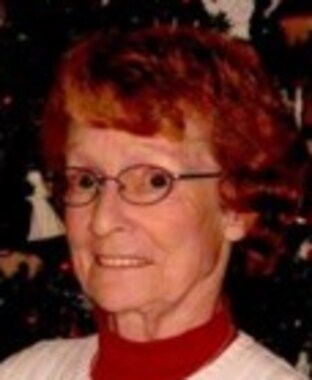 Back to Patricia's story

Patricia Sue Meadows was born on May 12, 1940 in Coal City, WV to her late parents Robert and Icie (Whitt) Fuller. She went to be with the Lord on Wednesday, January 15, 2020.
Patricia is preceded in death by her husband of 52 years, Gerald Ernest Meadows Sr.; son who passed away on Christmas Eve, Gerald Ernest Meadows Jr.; parents Robert and Icie; brothers Robert Fuller Jr., Winfred Fuller, Donald Fuller, Rodney Fuller, and Charles Fuller; sisters Maxine Hutchens, Sonia Miller, and Mary Ellen Fuller.
Patricia leaves behind to cherish her memory her daughters Deborah (Charlie) Hughes and Pamela (Troy) Campbell; brothers John (Doris) Fuller and Dale (Patsy) Fuller; sisters Bobbie Knapp, Barbara (Charlie) Green, Arlene (Jim) Shrewsbury, and Thressia Fuller; grandchildren Gareth Meadows, Melissa Kinder, Jennifer Israel, and Nicki Israel; great-grandchildren Addisyn Kinder, Hudson Kinder, Gabby Israel, and Tanner Israel; and many extended family and friends who will miss her dearly.
Patricia enjoyed spending her time with her church family, working on family trees for genealogy, and most importantly, spending time with her grandchildren.
Visitation will be Monday, January 20, 2020 from 6-8 pm at Blue Ridge Funeral Home. Funeral service will be Tuesday, January 21, 2020 at 1 pm at the funeral home. Entombment will follow services at Blue Ridge Memorial Gardens where she will be laid to rest with her late husband Gerald.
In lieu of flowers, donations may be made to Hospice of Southern WV.
Online condolences may be offered at www.blueridgefuneralhome.com.
Blue Ridge Funeral Home has been entrusted with arrangements.
Published on January 16, 2020
To plant a tree in memory of Patricia Sue Meadows, please visit Tribute Store.

Plant a tree in memory
of Patricia

A place to share condolences and memories.
The guestbook expires on April 15, 2020.