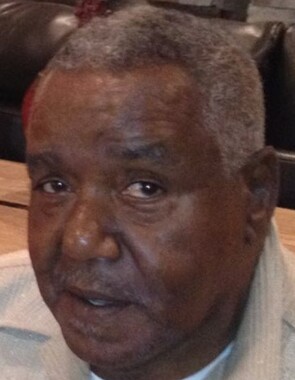 Back to Mr. Charles's story

Charles Edward Leftwich, 84, of Beckley, WV went to be with the Lord on Thursday, January 9, 2020 at Raleigh General Hospital following a long illness.
Charles was born on June 10, 1935 to the late George Moore and Elinor Beatrice Leftwich in Slab Fork, WV.
He graduated in 1959 from what was then known as Stratton High School. He served in the US Army, where he was active as a medic in the Korean War. Charles relocated to New York, where he retired as a bus dispatcher for the New York Transit Authority. He was a member of the fraternal order of I.B.P.O.E.W. (Improved Benevolent and Protective Order of Elks of the World).
Charles would meet the love of his life, Barbara Deloris Moore, whom he married in 1965. They celebrated 44 years in May, 2019. After moving to Beckley, WV, he became a member of Mt. Zion Baptist Church under the leadership of Pastor Nelson Staples, III. He loved his church dearly and remained a member until his passing.
In addition to his parents, Charles was preceded in death by his brother, Rev. Leroy Leftwich; sister, Lovater Leftwich and step-daughter, Michelle Brown.
Those left to cherish memories including his dapper dressing, quick wit and love for fun are his wife, Barbara; sons, Michael (Sharon) Leftwich and Scott Leftwich, both of Covington, GA; grandchildren, Nichelle Brown (whom he rescued and raised as his own) of Yonkers, NY, Keith Ferguson of Queens, NY, Kendall Ferguson of Brooklyn, NY, Charles L. Leftwich of Covington, GA, Kiah Ross of Covington, GA, Scott J. Leftwich II of Marietta, GA, Christi Leftwich of Los Angeles, CA, Timothy, Khansi and Michael; 15 great-grandchildren and a hosts of nieces, nephews, cousins and friends.
Funeral service will be 12:00PM Monday January 20, 2020 at Mt. Zion Baptist Church, 142 Mool Ave., Beckley, with Rev. Nelson Staples lll officiating. Burial will follow in Blue Ridge Memorial Gardens, Prosperity.
Friends may call one hour prior to the service at the church.
Email condolences to ritchie-johnson@suddenlinkmail.com
Arrangements entrusted to Ritchie & Johnson Funeral Parlor, Beckley
Published on January 15, 2020
To plant a tree in memory of Mr. Charles Leftwich, please visit Tribute Store.

Plant a tree in memory
of Mr. Charles

A place to share condolences and memories.
The guestbook expires on April 14, 2020.

Blue Caribbean was purchased for the family of Mr. Charles Leftwich.  Send flowers