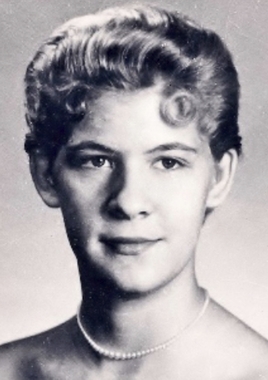 Melva Jean Toler Burgess, 81, of Altamonte Springs, FL, passed away peacefully, at home, on January 8. 2020.
She was born June 9, 1938, in Kopperston, WV, the daughter and eldest child of Elery S. Toler and Vayor C. (Brown) Toler.
Melva graduated from Van High School, class of 1956. Following graduation, she went to work at Edward Goodwin, WV State Capital, as a bookkeeper. Shortly thereafter, Melva married Wayland "Wayne" Burgess, of St. Albans, WV. They moved to Bridgeport, WV, where they raised their two children, Pamela "Pam" J. Burgess and Stephen D. Burgess. Together, they owned and operated several successful businesses, including The West Virginia Restaurant and Republic Fence Company.
In 1984, the family relocated to Orlando, FL. Melva enjoyed a successful career as Senior Tax Analyst of AAA Headquarters, in addition to owning and operating her own accounting firm, Burgess Accounting. It was also during this time that she obtained her Bachelor's degree (Accounting) from Florida Southern College and enrolled in graduate studies at a local university.
At the time of her husband's death on June 7, 2012, they had been married 53 years. In addition to her parents, she was preceded in death by her sister, Betty Nell Toler, her brother, Carl C. Toler and her other brother, Sherman E. Toler.
Surviving her are her two children, Pamela J. Burgess and Stephen Burgess, both of Altamonte Springs. Funeral services will be held at 1 pm on Wednesday January 15th at Toneda Missionary Baptist Church, Kopperston, WV. She will be laid to rest in Kopperston Community Cemetery, Kopperston, WV. Friends may gather with the family from 12 pm until time of services on Wednesday at the church.
In lieu of flowers donations can be made in memory of Melva to Toneda Missionary Baptist Church.
The family is being served by the Stafford Family Funeral Home, Lynco, WV.
Published on January 13, 2020
To plant a tree in memory of Melva Jean Toler Burgess, please visit Tribute Store.

Plant a tree in memory
of Melva

A place to share condolences and memories.
The guestbook expires on April 12, 2020.