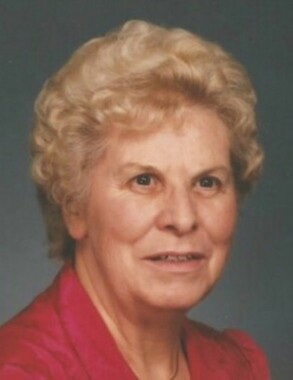 Back to Mary's story

Mary Lee Meadows, 94, of Camp Creek, died Sunday, February 19, 2017 at her residence with her family by her side. Born October 7, 1922 in Camp Creek, she was the daughter of the late Rev. Leslie and Glenna Kessinger Lilly. A loving wife, mother, grandmother, great-grandmother and sister, she was a former employee of Maidenform as a seamstress. While her health permitted, she was a faithful member of the Ghent Freewill Baptist Church. In addition to her parents, she was preceded in death by her husband, Scott Ulysses Meadows, brothers, Ajax Lilly and wife Edna, Fred Lilly and wife Francis, John Earl Lilly and wife Noma, and Leslie Lilly Jr., and sister, Peggy Forbes and husbands Doc and George. Mary is survived by her son, Scotty Meadows and wife Janice; grandsons, John Meadows and wife Mindy, Eli Meadows and wife Becky, and Benjamin Meadows and wife Angie all of Camp Creek; granddaughter, Deborah McKinney and husband Mike of Southside, TN; brother, Richard Lilly and wife Linda of Kodak, TN; four great-grandsons, Kyle and Benjamin McKinney of Southside, TN, and Jacob and Johnathon Meadows of Camp Creek; four great-granddaughters, Chelsey Meadows of Princeton, Courtney, Miranda and Addelyn Meadows all of Camp Creek; one great-great-granddaughter, Tylee Ruble due to arrive this week; sister-in-law, Markita Lilly and many special nieces and nephews. Funeral services to celebrate the life of Mary Lee Meadows will be held at 1 P.M. Wednesday, February 22, 2017 from the Burns Wornal Chapel of Memorial Funeral Directory on Athens Road in Princeton with Pastor Mike McQuillen and Mr. Roger Richmond officiating. Burial will follow in Roselawn Memorial Gardens, Princeton. The family will receive friends Wednesday from 12 noon until the service hour at the funeral home. Online condolences may be sent by visiting www.memorialfd.com. Grandsons, great-grandsons, Mike McKinney and church friend, Joe Rylant will serve as pallbearers. The Meadows family is being served by the Memorial Funeral Directory & Cremation Center on Athens Road in Princeton.
Published on February 20, 2017
To plant a tree in memory of Mary Lee Meadows, please visit Tribute Store.

Plant a tree in memory
of Mary

A place to share condolences and memories.
The guestbook expires on May 21, 2017.

Restore this Guestbook to share a memory or message of condolence of your own.