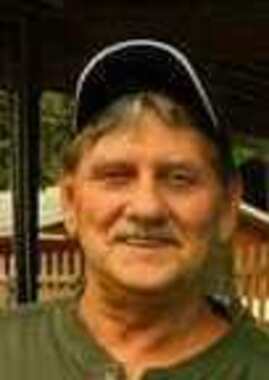 Back to Marvin's story

Marvin Edgar Settle, 66, of Ansted, WV, passed away on Tuesday, November 26, 2019, in his home surrounded by family. Marvin was born February 2,1953, Rock Lick, WV he was the grandson of the late Marvin Clifford Settle & Dora Arthur; John Edgar Bowyer & Mary Ann Kirby and son of the late James W. Settle, Sr. & Alice Mac Bowyer Settle.
Marvin initially began his career as a local coal miner, but then went on to help in constructing and maintaining the Ansted Nursing Home, where he worked as the Director of Maintenance for 18 years. Afterward, he kept himself busy with helping others with their lawn care. He cared deeply about his community, and his volunteer efforts were abundant. Marvin served as a former volunteer firefighter for the town of Ansted, WV, coached little league basketball and baseball and helped as the assistant coach of Ansted Middle School football for four years, served as a member of the Ansted Knights of Pythias Signal Knob #90, and organized and managed the horseshoe tournament for the Ansted Hometown Heritage Festival for several years.
As a good-hearted man, Marvin never met a stranger. He enjoyed making people laugh, especially while having coffee at the local Shell station. He was an avid outdoorsman, sports player, and enthusiast. Marvin liked hunting, fishing, rafting, competing as a member of the Oak Hill bowling league, and living as a die-hard fan of the West Virginia Mountaineers and Minnesota Vikings. During his downtime, Marvin liked playing pinochle, pool, and horseshoes with family and friends. Of everything he enjoyed in life, he loved his family most. Marvin was a proud husband, father, papa, brother, and friend.
Marvin is preceded in death by brother James ''Jimmy" Settle and two sisters Karen Settle and Jenny ''Polly" Fitzwater. He is survived by his wife of 38 years, Joyce Kincaid Settle, son Shawn Settle and girlfriend Lauralye Cox and her children Eliza, Ben and Zander of Elkview, WV; daughter Heather Settle and boyfriend Terry Spears of Statesville, NC; one brother Gary Settle and wife, Susan of Atlantic, VA; two sisters, Joyce Neal and husband, Clyde of Victor, WV, Sandra Moses and husband, Gene of Victor, WV and three grandchildren Zoey Jean Spears, Nico Paul Spears and Shawn Avery Settle. Marvin's extended family included several nieces and nephews, cousins, and many loved ones that were more like family than friends.
Visitation will be held at Wallace & Wallace Funeral Home, Ansted WV, on Friday, December 6, 2019, from 6:00 PM - 8:00 PM. Services will be on Saturday, December 7, 2019, at 1:00 PM with Rev. Jesse Smith officiating at Wallace & Wallace Funeral Home, Ansted, WV. Burial will take place at the Restlawn Memorial Gardens, Victor WV. In lieu of flowers, please make donations towards funeral costs.
Published on December 2, 2019
To plant a tree in memory of Marvin Edgar Settle, please visit Tribute Store.

Plant a tree in memory
of Marvin

A place to share condolences and memories.
The guestbook expires on March 01, 2020.