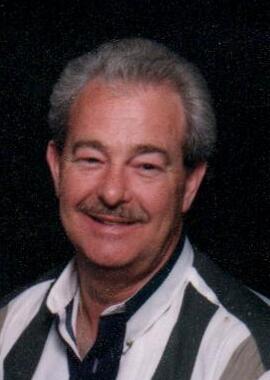 Back to James's story

Precious in the sight of The Lord is the death of His saints. Psalms 116:15.
James Ray Pack, Sr. 78 of Beckley, WV (affectionately known to his mother as "Jimbo", to his family as "Jimmy", and to his wife and friends as "Jim") passed away on May 18, 2019 at Raleigh General Hospital in Beckley, WV.
James was born in Portsmouth, Ohio on February 19, 1941, and was the oldest son of the late James D. Pack and Della Marie Daniel Pack of Beckley, WV.
He was preceded in death by paternal grandparents, James Cyrus Pack and Alva Dewey Stover Pack of Beckley, WV; maternal grandparents, Andrew Harvey Daniel and Nancy Elizabeth Atha Daniel of Beckley, WV; son, James Ray Pack, Jr. of Atlanta, GA; daughter, Dreama Darlene Pack of Colorado Springs, CO; sister, Judy Kathleen Pack Webb of Beckley, WV; and brother, Gary Steven Pack of Beckley, WV.
James was a loving husband, father, son, brother, uncle and friend. He was a lifelong member of Maynor Freewill Baptist Church of Maynor, WV where he was active in church plays when health permitted. His first love of his life was his loving mother, Marie Pack, also his loving and faithful wife of 22 years, Barbara A. Riffe Morgan Pack.
Those left to honor his memory are his wife Barbara A. Riffe Morgan Pack of Beckley, WV.; daughter, Marsha Marie Pack Deussen of Moultonborough, New Hampshire; son, Jason Ray Pack of Bedford, IN; 15 grandchildren; 16 great grandchildren; stepdaughter, Beth Morgan Krouse of Chantilly, VA; stepson, James Morgan of Beckley, WV; sisters, Wanda Y. Thomas of Wilmington, N.C.; Betty Marie Pack Dillon (Mokey) of Beckley, WV; Brenda Kay Pack of Cleveland, OH; Pamala Pack McNeill Legg (Billy) of Advance, N.C.; Sharlene Pack McLain (Fred) of Oak Hill, WV; and Debby Ann Pack Haring (Dave) of Waynesburg, PA. brother, Terry M. Pack (Robin) of New London, N.C.; and special friend Ron Carroll of Beckley, WV, who was like a son to James.
James enjoyed the outdoors, hunting, fishing, archery, bowling, all of which he received numerous trophies, certificates and awards. His greatest joy of all was teaching his children and grandchildren the art and love of fishing. James was awarded Sportsman of the year 1979, member of NRA. James was Raleigh County Marbles Champion at the age of 9 years in 1956. He and his wife, Barbara were active in Classic Car Club, showing their 1969 Chevy Camaro. He was a 33rd Degree Mason of the Acadia Lodge Masonic Temple #0651 of Euclid, OH. He enjoyed spending time with his family, friends, and church family. His faith and love for The Lord were the greatest part of his life.
James' career in printing began at Able Stick Printing in Cleveland, OH and spanned over 40 years, retiring in 1996 and moving back to his hometown, Beckley, WV. He was Operations Manager of Diversified Label of Birmingham, AL, Production Manager of Graphics Technology of Olathe, KS, plant Superintendent of Kimball Systems, Bedford Park, IL, General Manager of Metro Label of Atlanta, GA.
The Pack family wishes to thank the team of doctors who provided excellent care throughout his long journey of health care needs. A special thanks to Dr.Suleiman, Dr. Herbig, Dr. Dolganiuc, Dr. Bass, Dr. W. Kabbarra. Also thanks to the nursing staff of Raleigh General Hospital, and a special thanks to Raelyn and Jamie of the CCU at RGH. Also, the Pack family wishes to thank all the many prayers, visits, phone calls so graciously given by so many loved ones.
Masonic Burial Rites will be conducted at 2:00 p.m. on Tuesday, May, 21, 2019 in the Faith Mausoleum of Blue Ridge Memorial Gardens in Prosperity, WV with Pastor Larry Brown officiating. Friends may gather with the family one hour prior to service from 1:00 PM-2:00PM in the Faith Mausoleum. Entombment will follow service in the Faith Mausoleum of Blue Ridge Memorial Gardens in Prosperity, WV.
In lieu of flowers, the family suggests donations to American Cancer Society, 1013 Neville St., Beckley, WV 25801 in loving memory of James C. Pack, Alva Dewey Pack, Nancy Elizabeth Atha Daniel, James D. Pack, Della Marie Daniel Pack, James Ray Pack, Jr., and James Ray Pack, Sr.
Blue Ridge Funeral Home & Crematorium has the honor of serving the family. Online condolences may be sent to the family at www.blueridgefuneralhome.com.
Published on May 20, 2019
To plant a tree in memory of James Ray Pack Sr., please visit Tribute Store.

Plant a tree in memory
of James

A place to share condolences and memories.
The guestbook expires on August 18, 2019.

Restore the guestbook to view the 4 more posts by family and friends, and share a memory or message of condolence of your own.