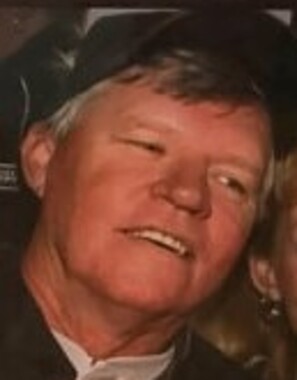 Back to George's story

George Edward Boyd, 70, of Lexington, passed away Saturday, December 28, 2019, at Kate B. Reynolds Hospice House in Winston Salem. He was born on May 13, 1949, in Price Hill, WV, to the late Edward Boyd and Catherine Beckingham Boyd.

George attended Mt. Hope High School from 1964 to 1967 where he played quarterback for the Mustangs. After graduating, he went on to play football for West Virginia University from 1968 to 1971 and also played in the Peach Bowl in 1969. George even had a short career with the Dallas Cowboys. After working as a Life Insurance Salesman and Manager for Liberty Life Insurance Company, George eventually opened his own insurance company, American Benefits. He also had a successful career as a truck driver as well as a paver operator for Haynes Paving Company.

In addition to his parents, George was preceded in death by sister, Cathy Boyd.

A private Celebration of Life will be held at a later date.

Carolina Cremation of Salisbury and Charlotte is assisting the Boyd family. Online condolences may be made at www.carolinacremation.com.
Published on January 5, 2020
To plant a tree in memory of George Edward Boyd, please visit Tribute Store.

Plant a tree in memory
of George

A place to share condolences and memories.
The guestbook expires on April 04, 2020.

Charles Johnson
Classmate and Mount Hope mustang teammate so sorry for your loss my prayers as well as condolences go out to the family
Mickey Plumley
I played high school and college football with George. Great athlete and great guy! RIP - See you on the other side.
Deborah Liss Maynor
My deepest sympathy to all of George's family. I grew up in the same little town and he was a hero to everyone who attended school here. Praying peace and comfort to all who loved and knew him...
Rita Jeffries
My deepest sympathy to the family for the loss of George. He was a great all-around guy; so kind and caring to everyone. He will be missed.
Staci Liss Long
My condolences to your family, I didn't have the privilege of meeting him but I've heard how wonderful he was. Love and prayers to you and your family.
Edna Jean Boyd-Hawkins

So sorry ,to all of the Boyd family. His Dad Ed was my fathers baby brother.

Tom Cochran
Remembering . . . George joined me in Augusta several years back, to attend the Masters tournament. Being the athlete of us two (without a doubt 😂) he was like a kid in a candy store . . . Me, not so much. However, we had a blast during his short visit and I will always cherish that memory!
Joe Burmer
So sorry to hear about George. We had a lot of fun in the Towers Dorm at WVU our freshman year. Lots of memories.
Joetta Steplowski Harris
I received a phone call yesterday from my brother Damon telling me about George. I am so sorry to hear the news. Everyone knew George and liked him very much. He was a great guy. We all had great times at MHHS. I will always remember him.
Scott &BK Vargo
Our sincere Condolences to his family . We were old high school friends & always appreciated George's great personality & enjoyed watching his athletic skills.
Tom and Missy Cochran
George and I grew up together, originally in Kilsyth. What a fantastic friend, even though our age difference took us in opposite directions, mine into the military and George onto be a great football player not only at MHHS, but in Morgantown as well. THANKFULLY, I was not too much of a bad influence to him.
We lost a good one, every individual that ever knew him. Our deepest condolences to Joan, Jane, Scott, Jennifer and Nichole. Our love and prayers are with the entire family.
We love you, Tom & Missy.
View all