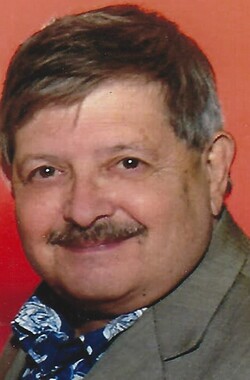 Back to Edward's story

Edward Jay "Jay" Friedlander, 74, died January 31, 2020, in a Tampa, Florida, area hospital of a pulmonary embolism. Jay was born to the late Otto and Marguerite Friedlander in Portland, Maine. He was educated in Delaware public schools, received his B.S. in Journalism from the University of Wyoming in 1967, his M.A. in Mass Communication from the University of Denver in 1970, and his Ph.D. from the University of Northern Colorado in 1973.
Always committed to print journalism, he was employed as a reporter for daily newspapers in Wyoming, Pennsylvania, and Colorado before joining the U.S. Information Agency in 1968 as a reporter, where he was assigned White House and Capitol Hill beats. In 1969, he became a film publicist for Universal Pictures in NYC, and then returned to Colorado the next year to edit a weekend entertainment magazine for a daily newspaper chain. Jay was a media coordinator for the Boulder, Colorado, public school district in 1972, and then, in 1973, he accepted his first university teaching role as an assistant professor of mass communication at Central Missouri State University.
In 1975, he married Roberta (R.B.) Burford, a Missouri native, and they moved to Little Rock, Arkansas, where Jay was hired as an assistant professor of journalism, later full professor and department chair at the University of Arkansas Little Rock. His last university position was as the director of the School of Mass Communications at the University of South Florida from June, 1995, until August, 2010. He held professor emeritus status with both the University of Arkansas and USF.
Jay's written work has appeared in 40 newspapers and a dozen regional and national magazines. In addition, Jay edited three book-length annual reports for the FCC, and co-authored several college-level journalism textbooks, including works on reporting, feature writing and modern mass media. The textbooks have been used by more than 250 colleges and universities in the U.S., and by dozens of universities in Asia, Australia, Europe, and South America.
Jay was passionate about preserving the First Amendment, academic freedom, writing and photo-journalism. He maintained strong and well-researched opinions about many things, including the transition from printed newspapers to digital media. He also cared deeply about current political events, and was a lifelong Democrat and advocate for justice.
He considered one of his greatest accomplishments the vast work he performed, including a public TV documentary, on the Japanese-American relocation in WWII, for which he received honors. He was a scholar, an intellectual, and a great teacher, inspiring hundreds of students throughout his long career. He embodied all the elements of an exemplary educator, not only in the classroom, but in life. His legacy will live on in the lives of his family, friends, colleagues, and students.
Jay is survived by his daughter Erika, of Winter Park, FL, and his partner, Cynthia Bickey, of Oldsmar, FL, formerly of Beckley.
The burial service will be held February 14, 2020 at 2PM, at Sunset Memorial Park, Beckley, where Jay will be interred in the Bickey Family Estate.
Published on February 11, 2020
To send flowers to the family of Edward Jay 'Jay' Friedlander, please visit Tribute Store.

Send flowers
in memory of Edward

A place to share condolences and memories.
The guestbook expires on May 11, 2020.