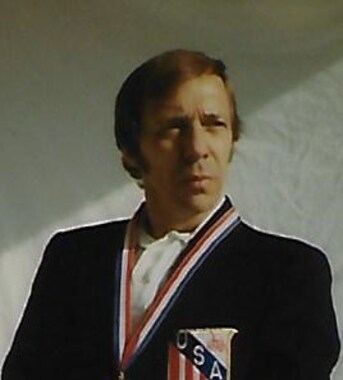 Back to Arthur's story

Arthur "Frank" Young 05/17/1938 -02/08/2020
2nd Timothy 4:7 I have fought a good fight. I have finished my course, I have kept the faith. 1Corinthians 9:24 Know ye not that they which run in a race run all, but one receiveth the prize. So run, that ye may obtain.
Frank fought the fight all the way to the end of his earthly life and received the prize of eternal life forever free of his wheelchair, running with Jesus. He was many things to so many people. His titles too numerous to mention included mentor, friend, fishing buddy, son, brother, uncle, overcomer, encourager, provider, master builder, Sunday school teacher at Dotson Simpson United Methodist Church, but he is most remembered as Coach in more ways than one. Never using his legs to run, he knew more about training for a race and how to win than all of those he coached. He saw potential in everyone and all of his "kids" that he encouraged took his advice and excelled on the track, cross country, road races, and life. There were no excuses with him! He made sure there were shoes, travel money, food and a good time. He was a wheelchair Olympian, traveling to different places and being a silver medalist did not come easy. Everyone knew him and knew all the obstacles that did not stop him. He was never viewed as disabled, the wheelchair was never there. He held a job in Charleston at the Dept. of Highways as a design technician, lived by himself, traveled home each weekend where he lived with his mom, Margaret. He loved his family, spending time watching the Mountaineers, eating all the good things he could cook, and just being together. He and his very special friends, Eddie Halstead and Doris Smith taking road trips together was the highlight of his life.
Marathon Scholars with Dr. Rich Trenbath and Dave Henderson gave him so much joy. He loved being with the kids to encourage them to learn and be healthy at the same time. The list is endless! Waiting to see him again someday is sister Becky Legg(Ted) brother Joe(Debbie), nephews L.T. Legg(Tina) their son Lars, Joe Pat(Mary) their children Abby, Patrick, and Morrigan. Nieces Mary Margaret Legg Chandler(Carl) their children Will(Kim), Alan, Tom(Anna), and Cameron(Kari), Joy Young(fiancé Jamie Ford), and Mariana Weflen(Mark). Meeting him in Heaven was his very special mother, Margaret Hughes Young, who was his most loyal sidekick and brother, Bill David.
As Frank was always one step ahead, he requested to be cremated and have a celebration of life service. His celebration will happen later in the year. We would like for anyone who has a word, story, or something they want to share to send to josephyoung133@yahoo.com, or mail it to Joe Young 200 Doe Run Rd Summersville, WV 26651. These will be included in a story to be published later.
Those wanting to make donations may do so to Gideon's International PO Box 131, Summersville, WV 26651 for in memory Bibles.
There are sooooo many to mention Frank knew and loved. Each of you were so special to him. There is not enough paper to list all of his friends.
To the staff at Summersville Regional ECF, you were amazing. Doc Trenbath, you were not just his doctor, you was his friend!!
Thank you to Greg Waters and his staff at Waters Funeral Chapel for all that you did to make handling his arrangements so easy.
As Frank would say, GO RUN!!!!!
Published on February 14, 2020
To send flowers to the family of Arthur 'Frank' Young, please visit Tribute Store.

Send flowers
in memory of Arthur

A place to share condolences and memories.
The guestbook expires on May 14, 2020.

Nora Foster
The arms that welcomed Cousin Frank to Heaven are the same arms that holds our broken hearts today...PTL
Juanita Whetzel
I had the pleasure of working at the DOH with Frank. He was such a gentleman. He was loved & respected by many & will be missed. Prayers for comfort and peace for his family.
Mary "Sis" Young and Teresa Young Eddleman 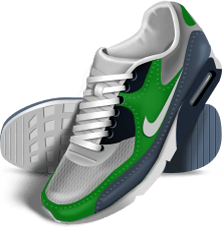 A wonderful, genuine man who will be missed and always remembered.

Chuck Foster (Cousin)
I can remember the many times we spend at Frank's house when he would come home for the weekend from Charleston. It was always good for him to include me, though I was a bit younger he would allow me to be a part. I recall the many hours of playing "Set Back" at his house with all his other cousins. Blessing!!!!
Haymond Holcomb,Jr
Bobby &Elita Neil and family
Frank was a great person, I always enjoyed seeing him.
Elmeta McClung Odell and Kermit odell
Frank we shared four years of our life in school with you sharing a wonderful life experience you gave us glad we talked recently rest now you earned it
Beverly Brogan
Such a good man love and prayers for you all
Judy Stanley
My memory of Frank was his genuine smile each time he saw me...
Vesper,Dee & AnaLei Hanshaw
Go rest high on that mountain...Thank you for your service to our youth and to God
Becky Blankenship Sackreiter
Frank was great person always had beautiful smile and kind words.I haven't seen him years, then about three years he send me a letter with a new paper about my brothers He said didn't I have one he want may sure I had one.That the kind man he was he will be never forgot .Sending my prayer all the family.
View all